Status analysis and development planning for the network of charging stations

Status analysis and development planning for the network of charging stations

The reduction of gasoline use in cars is an economic and environmental imperative across the globe. In many countries, there are early signs of the boom in electric vehicles. Therefore, some countries, including China, have announced that they will ban gasoline and diesel cars in the coming years. The precondition for such a ban is to build enough charging stations at right places, allowing people to use their vehicles for daily commuting and occasional long-distance trips. The location and convenience of charging stations directly bear on the willingness of consumers to switch from fuel cars to electric vehicles.

Europe, the United States, and Japan started early in the research and construction of electric vehicle charging stations, but the development was slow due to the lack of a strong market leader and government support.

As nations plan this transition, they need to consider the final network of charging stations (the number of stations, where they will be located, the number of chargers at the stations, and the differences in the needs of rural areas, suburban areas, and urban areas), as well as the growth and evolution of the network of charging stations over time. As nations seek to develop policies that promote the migration towards electric vehicles, they will need to design a plan that works best for their individual country (Huang et al., 2015).

In this paper, the charging station number estimation model respectively for two types of charging stations is presented. Secondly, the cost estimated model in Ireland is provided base on it. The popularization of the electric vehicle driving force model is established, according to the analysis of the Irish population distribution and national conditions, suggested that the charging stations in urban and rural should be built at the same time, and should be built the charger first, to promote people to buy electric cars. The full evolutionary timetable will be divided into prior and post a gas vehicle-ban. By analyzing the differences between the given countries, the original model is improved to suit the characteristics of Saudi Arabia. Finally, according to the characteristics of environmental stress, GDP per capita and the diameter of territory, the five countries are divided into three patterns, and give the decision basis for selecting the development mode.

2.1. Network of charging stations in the US (Object 1)

2.2. Network of charging stations in another country (Objects 2a, 2b and 2c)

The applicability of the proposed plan was verified through analysis on other countries that differ greatly from the said country in economy, geography and demographics, such as Australia, China, Indonesia, Saudi Arabia, and Singapore. The key influencing factors on plan selection were enumerated, and a classification system was established to create country-specific development model that promotes the transition to electric vehicles.

The following hypotheses were put forward for this research:

1. The total number of vehicles remains stable, that is, any fuel car leaving the market is supplemented by an electric vehicle.

3. It takes four hours at the most to charge any electric vehicle.

(1) Estimation of the number of supercharger stations

Based on the highway distribution and the proportion of total highway mileage, the minimum number of supercharger stations in urban, suburban and rural areas can be obtained by the following formula:

(2) Estimation of the number of destinations charging stations

The US is a typical suburbanized country. Most Americans live in suburbs and work in cities. They must commute on every workday between home and office. It is assumed that the mileage of the electric vehicle is enough for urban residents to travel between home and office, and for rural residents to travel between home and farm. Besides, suppose that fast charge can satisfy their travel demand in case of emergency. In this case, the urban and rural residents’ demand for slow charging is negligible. Thus, this paper only considers the charging demand of suburban residents for commuting. To fulfill the commuting demand of suburban residents, the number of vehicles to be charged can be obtained as:

The commuting probabilities of Americans are listed in Table 1. Here, the mean probability A1=44.2% is adopted as the probability of commuting by car (Xiang et al., 2013).

Table 1. The commuting probabilities of Americans

Table 2. The car ownerships in urban, suburban and rural America

The value of A3 was estimated by dividing the mean number of vehicles charging by the total number of electric vehicles in San Francisco (Zhao et al., 2011).

Then, the minimum number of chargers is

The number of destinations charging stations is:

where m1 and m2 are the unit price of the destination charging station and the supercharger station, respectively. The unit prices of these stations are listed in Table 3.

The plan for charging stations is affected by the influencing factors of infrastructure construction:

The factors promoting the purchase of electric vehicles can be modelled as:

The ban on fuel cars is the prerequisite to the full adoption of electric vehicles. Thus, our overall development plan for charging stations consists of two phases: the phase from infrastructure construction to total ban on fuel cars and the phase after all fuel cars exit the market.

Figure 3. The process of fuel cars leaving the market

Figure 4. The process of electric vehicles entering the market

It is assumed that the number of fuel cars will remain unchanged before the ban is released and gradually exit the market after the ban is enacted. This process can be expressed as y=kx+b.

Table 4. Timeline for the transition to electric vehicles

The implementation of this timeline is influenced by the following factors:

(1) The age distribution of existing vehicles: This timeline was calculated based on the uniform distribution of vehicle ages. An error will emerge if this is not the case.

(3) Per capita GDP: the ban on fuel cars is released earlier in rich countries.

The influencing factors of the network development can be summed up as:

For China, the mean urban population density is 7,639.9 people/km2, a signal of huge environmental stress. However, the Chinese economy is not powerful enough to support the immediate construction of the proposed network of charging stations. Instead, China should develop its network of charging stations in a gradual manner. In other words, the parameter d remains constant. Hence, the model for Ireland is applicable to China.

For Australia, the mean urban population density is merely 795.8 people/km2. This country is an equivalent to Ireland in terms of the development of charging stations, thanks to its sparse population, good environment, no environmental stress and advanced economy.

For Singapore, the mean urban population density is 7,579 people/km2. As a small country, Singapore is not suitable for construction of too many charging stations. Considering the GDP ($297 billion), there is virtually no time to establish a perfect network of charging network.

For Indonesia, the mean urban population density is 4,359.2 people/km2. The environmental pressure is not big, but its per capita GDP is only $3,570.29. Thus, there is not many money available for the construction of charging stations. This means the development model of Ireland can apply to this country.

For Saudi Arabia, the mean urban population density is 2,406.5 people/km2. Although the population is not dense, this country suffers from huge environmental stress due to the severe pollution of the oil industry. Combined with the strong national power, Saudi Arabia should adopt a faster development plan for charging stations. The d in the Irish model should be replaced with d(t). As shown in Figure 5, the investment should increase first and then decline. Thus, the Ireland model does not apply to Saudi Arabia. 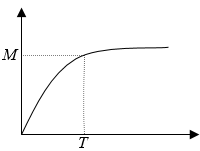 Figure 5. The trend of d(t) for Saudi Arabia

To sum up, the infrastructure construction is impacted by the country size, the environmental stress and the national wealth. Under these factors, the construction of charging station network has the following features:

Third, if a country is too small, charging at home is enough to satisfy the general demand. This eliminates the need for destination charging stations, or any kind of charging stations. The construction cycle is approximately zero.

To sum up, the key influencing factors on development mode include mean population density, degree of industrialization, land area and national wealth.

To create a desirable plan for charging station network that suits the transition to electric vehicles, this paper estimates the number of two types of charging stations (i.e. supercharger station and destination charging station). On this basis, the cost of network construction in Ireland was established. Then, the influencing factors of the shift to electric vehicles were analyzed against the population and other conditions of Ireland. The analysis shows that the charging stations should be built simultaneously in urban and rural areas, and the construction should precede the purchase of electric vehicles. The development timeline as divided into two phases before and after a ban on fuel cars. Next, the feasibility of the model to five other countries was discussed and improved to suit the features of Saudi Arabia. These countries were divided into three groups based on environmental stress, national wealth and land size, and were given different bases for selecting the development mode. The research findings lay theoretical basis for the promotion of electric vehicles and construction of charging stations in different countries.

This paper is made possible thanks to the generous supports from the Educational Reform Research Program of the Thirteenth Five-Year Plan of Education Science in Shaanxi Province, 2016 (Grant No.: SGH16H153).