An improved PSO algorithm is proposed. The algorithm improves the particle swarm optimization algorithm that has been used to solve parallel machine scheduling problem, so as to better solve the scheduling of multi-time, multi-variety and variable-batch parallel machine scheduling. The crossover operation in genetic algorithm and PSO algorithm are mixed, and different particles are cross-operated, which increases the ability of particle searching for other new positions in the space, and avoids the particle swarm falling into local optimum prematurely. In order to increase the efficiency of the distance search, we use the idea of half - searching in the searching algorithm, which further improve the scheduling efficiency of the problem and the algorithm is implemented in MATLAB.

The scheduling problem of multi-time, multi-variety, variable batch parallel machines is an important problem in production scheduling, and it is a key link in computer integrated manufacturing system. It is widely used in the assembly line of electronic products.

The research of assembly line scheduling technology at home and abroad began around 1990s. The research on assembly scheduling strategy and control method is biased towards the flexible production line of operators using automation equipment (Song et al., 2008; Rezazadeh et al., 2011; Aghajani et al., 2014; Yu et al., 2014; Siemiatkowski & Przybylski, 2007; Book & Karp Richard, 2014; Meller & Deshazo, 2011; Liu et al., 2013; Azadeh et al., 2012). It is difficult to apply the research results to the assembly scheduling of multi-variety variable batches with changing production time, which is difficult to apply to the assembly of manipulators. Aiming at the assembly work environment of complex products, the paper (Roshani & Gigli, 2016) puts forward a scheduling strategy and control method based on Petri net specification to standardize assemble production process flow and control based on key process points. The paper proposes a method for scheduling complex products with constraints between working procedures, and studies the scheduling strategy of many varieties under the condition of various workshops. In the paper, a heuristic algorithm with working position constraint is proposed and the strategy of segmented optimization is proposed. When solving the parallel machine scheduling problem considering production time, the branch and bound method, artificial intelligence method, neural network method, genetic algorithm and simulated annealing method are applied to solve the parallel scheduling problem of unit production line in the paper. However, the above research results still exist the following problems. The first one is it mainly focus on the research of scheduling, which is lack of research on dynamic scheduling method for changing production time and batch in discrete assembly process. The second one is it mainly focuses on the objective function, whose production cost is the least, and lacks the research on the target function of the number of multi-time tardiness. The third one is it mainly focused on the operator for the production line of human resources and not consider the manipulator instead of the operator of the full automated production line research, because the manipulators appear in recent years. It is a blank to study the scheduling problem of manipulator production line in parallel production line with multiple varieties and variable batches.

Nature's mosquitoes, birds, fish, sheep, cattle, beehives and so on, in fact, give us some enlightenment all the time, but we often ignore the nature of the greatest gift to us!

It is known that there is only one piece of food in one area, and all birds do not know where the food is. But they can feel how far away the food is at the current position. So what is the best strategy to find food? Search the surrounding area of the bird nearest to the food and judge the food ' s location based on the experience of its flight. PSO (Particle Swarm Optimization) is inspired by this model. The foundation of PSO is the social sharing of information.

Initial: Initialization particle swarm, the population specification is n, including the speed of the random position.

Evaluation: According to fitness function, the fitness of initial value is evaluated.

Update the velocity: According to the formula to update speed. 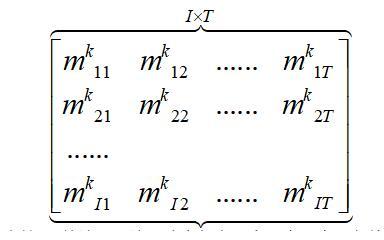 The improved particle swarm algorithm has a strong dependence on the initial solution, and the better initial solution is beneficial to improve the efficiency of the search. For the multistage order varying at any time frame, it is not allowed to delay delivery and can be produced in advance. Therefore, the probability of random initial value, which can not be allowed to delay delivery, can be produced in advance is relatively small. Secondly, the initial value is well constructed, which lays a good foundation for the subsequent steps. Improved the PSO initial value setting based on known resource allocation results (known number of multiple channels, number of workers per multichannel operation, workplace and equipment allocation) and product K matrix of I rows and T columns according to a certain proportion. In the product matrix, each element is a nonnegative integer, and the algebraic sum of K product matrix is equal to the product order matrix. Each multichannel product matrix is a particle.

Figure 2. The sum of k matrices

Improve the variation of individual particle in particle swarm algorithm: Because the delivery cannot be delayed, the initial value adjustment of the particle swarm should start from the second column of the initial value of the particle., and then the elements of the same row in each column may be sequentially or partially adjusted to the same row elements of the column than the column, in turn, in accordance with the bisearch thought.

Look up in the improved mutation operation of particle swarm optimization (PSO).

Look up in the cross operations of particle swarm.

The formula (20) indicates that the particle swarm is adjusted according to the globally optimal position.

Step 1: input the number of multiple channels K, the order matrix of the product, the number of iterations G, the inertia constant w and learning factor c1 and c2.

Step 5: Judging whether the termination condition (like whether the number of iterations >G) is met, and if so, outputting the optimal solution; otherwise, turning to step 3.

3. The contrast of algorithm 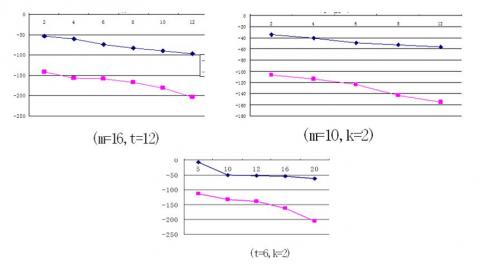 Figure 5. The sensitivity analysis of the two algorithms for different parameters

In order to analyze the stability of the improved particle swarm optimization (PSO) algorithm, an order is randomly selected from the generated order for 10 operations. The average of the tardiness is 460.2, and the fluctuation is shown in Fig. 6. In 10 operations, the wave of the objective function is within $\pm 10 \%$. Therefore, it can be seen that the improved particle swarm algorithm has good stability.

Figure 6. The wave of the objective function of algorithm run 10 times

Figure 7. The change of the objective function of algorithm in iterative 300 times

In this paper, we propose a parallel machine scheduling algorithm for the improved particle swarm with multiple variety, multiple period and minimum batch constraints, which takes into account the transition time of the target function as the tardiness quantity. Because the crossover operation is embedded in the particle swarm optimization algorithm, the ability of the particle to search for other new positions in the search space is increased, and the local optimal solution is avoided prematurely. The idea of bisearch increase the search efficiency, so that the speed is fast, and the total tardiness quantity can be well controlled. The main conclusions are as follows:

The algorithm can satisfy the demand of multiple product and multiple period considering the time of delivery, and gives the scheduling scheme with minimum number of tardiness in the parallel production line of robot manipulator, which shows that the algorithm is simple and feasible.

Compared with other scheduling algorithms, the algorithm has many advantages in large scale examples, both in terms of the computation time and the solution of the objective function.

Through the research of this paper, it provides a new solution to the assembly scheduling problem of parallel production line of manipulator considering the changing production time in many varieties and variable batches. The next step will study the assembly calculation and scheduling integrated optimization to improve the manufacturing technology of complex product assembly system execution system.