The detection of extremely weak signals and suppression of interference are the key problems to be solved in through-casing formation resistivity logging. According to the characteristics of the signal to be measured, the signal conditioning circuit is designed. The principle and method for realization of power supply circuit, preamplifier circuit, middle-stage amplifier circuit and filter circuit are put forward. The result of measurement shows that conditioning circuit can accurately extract useful signals and suppress interference signals, and achieve the expected design goal.

The resistivity of the formation is measured by using the three-electrode method through measuring the voltage drop values generated by the excitation current on the casing (Wu et al., 2006; Kaufman & Wightman, 1993; Xu, 2016). The preamplifier is designed to amplify the voltage drop on the casing to provide high SNR signal for subsequent data acquisition. Because the casing resistance is very small, the logging signal of through-casing resistivity is weak, and its useful signal magnitude is as low as nV, considering the influence of noise, it is almost impossible to detect this weak signal directly (Li, 2012). Therefore, in the initial stage of signal detection, low noise pre-amplification is needed for this weak signal, and then the amplified signal is processed. The system demands that makes weak signal of nV enlarge to V, thus, expect the useful signal to be enlarged, the noise of ground, casing and itself circuit can be enlarged as well. And signal amplification circuit as the key terminal device of the whole logging system, its performance directly influences the whole logging system. The author designed through casing resistivity logging weak signal conditioning circuit, the key problems such as strong interference suppression and weak signal detection to be solved.

The casing is a metal conductor on which electromagnetic waves will appear skin effects. With the signal characteristics increasing, the current approaches the inner surface of the

casing to make a few leakage currents to flow through the sleeve into the ground, it is difficult to measure the leakage current. Therefore, only when the frequency of excitation signal is low, it’s the better estimate leakage current to be measured on inner casing, then the formation resistivity can be calculated.

According to the formula of skin depth, it is set δc as skin depth of the casing,

The Fig.1 shows the relationship between frequency of excitation signal and skin depth, with the frequency increasing, the skin depth reducing, thus the frequency should select lower, as long as the skin depth is greater than 2 times casing thickness, the measurement accuracy is high. For most sleeves, select form 1 Hz to 10 Hz signals to meet the requirements. 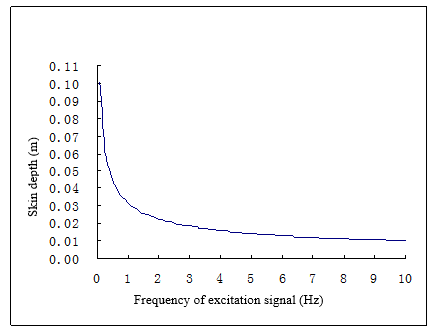 Figure 1. Relationship between frequency of excitation signal and skin depth

The signal measurement by the casing logging is extremely weak at the nV level. Compared with other casing logging instruments, its signal 10 to 100 times lower than others. This is the technological difficulty of through casing formation resistivity logging weak signal detection.

Fig.5 shows a typical application circuit where the TPS7A3001 supplies -5V. Only the resistances of several external resistors are set can the power supply -5V. We can see from the characteristics of TPS7A3001 that the output voltage ranges from -1.184V to -33V, the resistors R3, R5 can be calculated by Equation (3).

The experiment shows that the ripple voltage output via the filter of the low dropout linear regulator is 30 μV, which meets the requirements of the circuit.

Since the input of the first stage amplifier directly connects with the signal under detect where a common mode interference noise must be mixed. How to effectively filter out this noise is the primary task of the first stage amplifier. In this design, we adopt the low noise preamplifier LT1028 (Zhang, 2012) in the differential input mode. The LT1028 has a high common mode rejection ratio. The circuit in a differential input mode can greatly suppress the common mode signal, and amplify the differential mode signal. It is therefore better one to detect out the useful signals. The circuit for preamplifier (Figure 6) is shown. 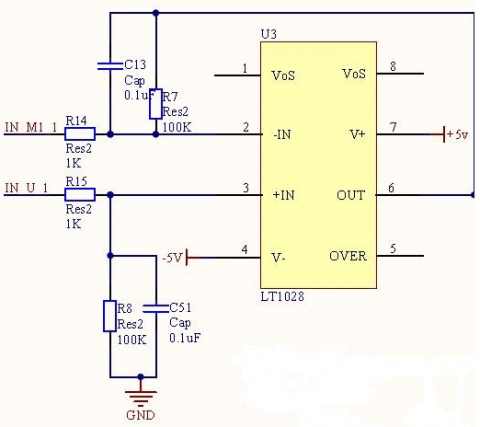 It can be seen from above figure that the theoretical amplification factor of low noise preamplifier is:

Because noise and signal are amplified at the same time, it is not conducive to the work of subsequent amplification circuits. Therefore, the signal is filtered after being amplified by a preamplifier. To more effectively detect the useful signal, improve the signal to noise ratio (SNR) of the amplifier circuit, we not only adopt the low noise amplifier to reduce noise, but also further design a filter circuit to immunize the noise, improving the SNR at the output (Bao et al., 2013; Liu et al., 2016). This design procedure uses a first-order band-pass filter and second-order low-pass filter for noise immunization, gradually increases the SNR at the output.

As the signal under detect is ultralow frequent (ULF) at 1~10Hz. First we add a band-pass filter behind the preamplifier (Figure 7). 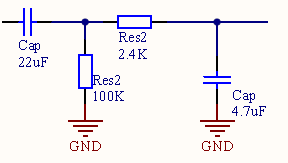 It can be seen from Fig.7, the low pass filter cutoff frequency of this band-pass filter is

So says, the transmission band of this band-pass filter is 14.073Hz.

Since the system noise is rather complex, it is difficult to filter it out completely by the primary filter. The primary second-order, low-pass filter shall be added after the intermediate stage filter for optimizing noise immunization. Second-order low-pass filter (Figure 8) is shown, whose cut-off frequency is equal to that of band-pass filter, both are 14.109Hz. 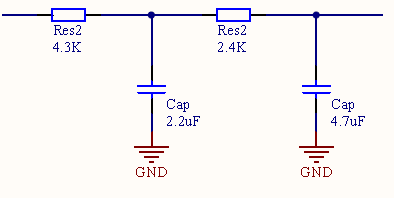 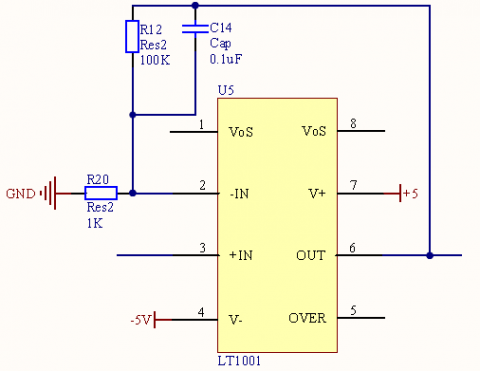 In Fig.9, the amplification factor of amplifier is mainly determined by R20, R12. The theoretical value is calculated as:

The procedure for debugging the signal conditioning circuit is given as follows:

(2) Debugging with the input signal. In the case of normal power supply, the signal is applied to the circuit board. The circuit designed in this paper includes two stages of amplifiers and three stages of filter. Theoretically the circuit magnification factor is calculated as 10000, and the signal frequency range is 1 ~ 10Hz. The amplifier circuit is debugged to verify the availability and stability of the circuit. First, two signals to be tested are available from the Ajilent 33220 signal source and the resistance attenuation network composed of four resistors (1K and 1Ω for every two respectively) (Dutta et al., 2012; Zhou et al., 2013). The signal amplitude of Ajilent 33220 is shifted from 10 mV to 200 mV in turn, i.e. 5uV~100uV applied to the input terminal of amplifier circuit, which is calculated based on the input voltage of the signal source divided by 2002. And then we use the oscilloscope to observe the output waveform of the, then we can see the output waveform frequency of receiver board is correct, but the amplitude lacks (inconsistent with theoretical value). This is because that the circuit adopts the passive filter, which has an attenuation effect on the signal amplitude (Wang et al., 2014). The actual magnification of the circuit board, therefore, can be calibrated based on the voltage amplitudes of the output and the input. 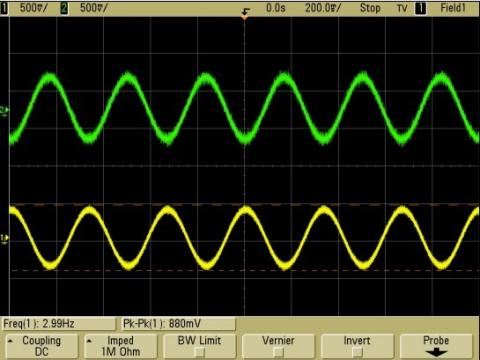 Figure 10. Output wave of receiver board

Here the signal source is set to a sine wave with frequency of 3Hz and amplitude of 100mV, i.e. the equivalent input voltage of receiver board is 5.0E-05. Clip the oscilloscope at the output terminal of last stage, observe the oscilloscope waveform, as shown in Fig. 10.

It can be seen from the above measurement results that this circuit behaves good performance. Then two performance indexes were inferred for the amplifier circuit:

Selecting three testing electrodes from casing, the mid-electrode as the common input. When the excitation current is 3.32A, the low noise amplifier to amplify two signals between the electrodes on the casing, after signal collection signal to using processing circuit is processed. The amplify circuit input voltage signals is MV. The weak signal voltage magnitude measuring result is shown in Fig.11. 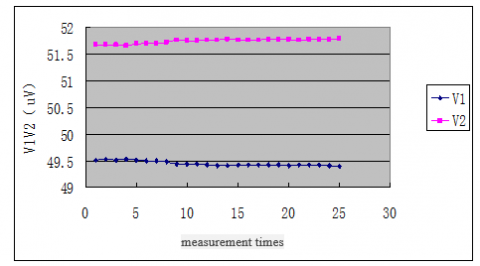 This paper makes a study on the principle and implementation of conditioning circuit for faint signal in through-casing resistivity logging. The test results show that the conditioning circuit can meet the design requirements, and its main performance indexes achieve the desired results.