In the case of welding of carbon steels, four zones can be distinguished in the joints, according to the maximum temperatures reached:

The melted zone, for which the maximum temperature is greater than or equal to the melting temperature;

The partially austenitic zone, for which the maximum temperature is between the temperatures Ac3 and Ac1;

The influenced zone, not austenitized, for which the maximum temperature is lower than Ac1.

2. Residual Stress due to Welding

Welding is defined as "a joining process that produces coalescence of materials by heating them to the welding [1].

The heat input to the material being welded. As a result of non-uniform heat distribution and phase transformations occur on the material. These changes generate different residual stress patterns for weld region and also in the heat affected zone (HAZ). [5]

For evaluated the residual stress due to welding we choose the model according to the geometry of the sample studied, and which has undergone various mechanical tests and by numerical approach we will study the thermo mechanical behavior of materials under the effect of welding. The first step is to create a model, the geometry is considered as two thick plates chamfered in opposite V subjected to welding in double pass inner and outer.

where ε is the deformation rate, θd is the diffraction angle in perfect state (no internal stresses). The applied stress (σ) is then calculated from the following expression:

where y is the angle between the normal at the sample surface and that of the diffracting planes. The above equation may be expressed as a product of the constant K (elastic constant for measuring stresses by X-rays) and M is the gradient of the regression line of the data representing the results of the stresses of the different angles y, by using the equation:

There is a linear relationship between 2θ and Siny2. The slope M can be calculated from three points and more whose coordinates (2θψx, Siny2) based on the determination of these points. The calculation of stresses σx, based on the latter, is exported by measuring the different θψx.

In this part, the finite-element method uses the equation of heat conduction. Equation .5 describe the temperature variations in heat treatment processes:

where T denotes the temperature, k is the thermal conductivity, C is the specific heat ρ is the density t represent the heat treatment time, z represents the welding direction, x in the transverse direction and y is thickness direction. in addition, convection-conduction boundary conditions

where λ and μ are the Lame constants, which represent the components of the material deformation due to the temperature and are related to the material elasticity modulus E and Poisson’s ratio υ. The ευ variable is linked to the deformation and displacement according to:

The studied material is the steel X70 of the norm API 5L. Its chemical composition is presented in Table 1.

Tacked small sample size by the cutting machine (Figure 1), a specimen size 18X10X9 m3 (Figure 2) from 5 API-X70 welded, the surface preparation is very important. for the stress value determined by x-rays may not true stress [15] after chemical etchning by Nital of the weld material has revealed the microsstructures of different zones, i.e, weld seam, heat affected zone (HAZ) and base metal [13]. Heat treatments were applied on welded specimens by isothermal annealing at 550°, 600 and 650 °C during (0.5, 2 and 3 hour). 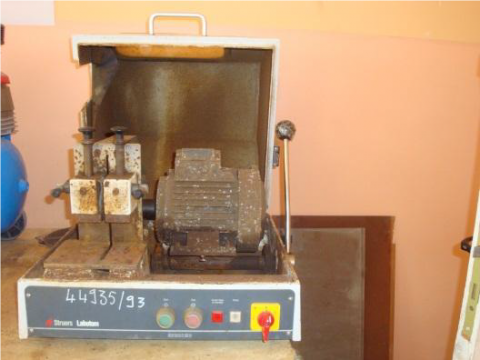 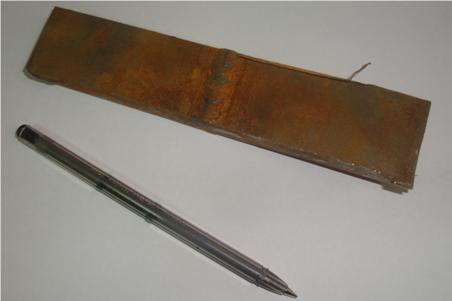 Figure 2. The Photo of Samples cut 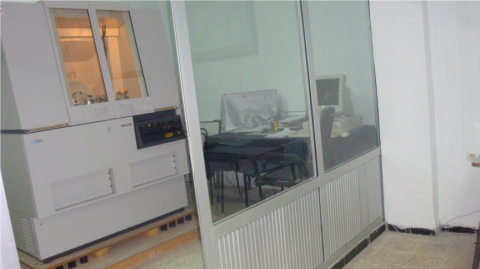 You can choose the X-ray diffract (Figure 3) for the residual stress to avoid the influence of the mechanical stress caused by the overflow and using DRX-sinψ2 to estimate the value of the stress before and after the procedure of the relaxation to according the results, residual stress is achieved. Calculated by FEM and measured by X-ray diffract [2].

The effect of repeated thermal cycles, such as the zones whose temperature exceeds the Ac3 undergo a structural regeneration phenomenon, by the transition to the austenitic state on heating, followed by a new transformation on cooling, which erases and replaces the previous structure. The same phenomenon occurred in the ZAT, for estimate the value of residual stress we need based on the components the material parameters and be considered in different temperature by interpolation calculation in ABAQUS [2].

In this model numerical domain is meshed, using tetrahedral with function interpolation quadratic as shown in Figure 4. the gradiant of volume elements used 1×1×1mm and 0.1×0.1×0.1mm.

Figure.5-6. present Distribution of stress fields in the specimen under loadings applied according to S.MISES/ S.TRESCA criteria after HT.

Figure 5. Distribution of stress fields in the specimen under loadings applied according to S.MISES criteria

Figure 6. Distribution of stress fields in the specimen under loads applied according to S.TRESCA criteria

The treatment was carried out in an electric heating oven with a programming system of temperature cycle. The temperature control is done by electrical regulation. Specimens comprising the base metal and the welded joint were treated at three temperatures, namely 550°, 600° and 650 ° with a hold of (0.5,2 and 3 hour) at this temperature. A heating rate of 185-200C °/h has been applied, as well as the same cooling rate up to 300°, then in the open air of 300 ° to the ambient temperature. The relaxation of the stresses is obtained by the creep of the material, a duration sufficient treatment is required to homogenize the temperature of the welded joint and this, to avoid the creation of new CR at cooling, keeping the temperature of treatment is also essential to ensure the creep relaxation of regions where stress peaks. 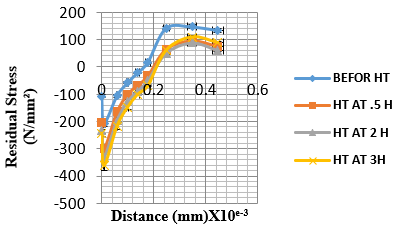 Figure 7. The residual stresses before & after procedure of relaxation with different durations for x70 component

The heat treatments carried out at 550 °, 600 ° and 650 ° produce a very remarkable reduction in the residual stress value, knowing well the role of the relaxation for the improvement of the seal quality, for this steel for the best results obtained in terms of relaxation. showed to be consistent. Therefore, the results of thermal analysis obtained in this simulation were satisfactory and close to the results obtained experimentally with errors ranging from less than 5% to 13%, which are similar in range to these errors found in the literature.