2. The Function Model of Data Fusion

Data level fusion is the simplest fusion. External environment information data collected by multi sensors is fused to a very small degree. Get the result of data fusion from feature extraction and attribute judgment to the information. The advantages of data level fusion are best accuracy of fusion result, little information loss, and more intuitive and comprehensive cognition for people. Disadvantages are large amount of data processing, poor anti-interference ability, and there is no uniform method of data level fusion to fuse data from different type of sensors. As shown in figure 2-1.

3. The Structure of BP-GA Algorithm Oriented to Smart Home

Smart home is based on home, using a variety of technologies to integrate home life related facilities, building efficient, comfortable, safe and convenient home environment. Smart home system provides many kinds of functions and methods such as appliances control, lighting control, telephone remote control, indoor and outdoor remote control, anti-theft alarm, environmental monitoring, HVAC control, infrared transmitting and programmable timing control. Compared with ordinary home, smart home not only has traditional residential functions, but also has building, network communications, information appliances and equipment automation, providing a full range of information interaction capabilities. Data fusion is the core of smart home system. Sensors in smart home system are placed in an overlapping way. Information collection is more comprehensive, while it leads to data redundancy in the network. The computing power and communication ability of sensor nodes are limited, so data fusion technology is needed to eliminate data redundancy, save communication energy consumption, and enhance timeliness and accuracy of the system. In this paper, genetic algorithm is used to optimize BP neural network algorithm for data fusion, which can not only deal with the nonlinear smart home control system, but also improve the scalability and real-time performance of the system.

Genetic algorithm is an adaptive global optimization search algorithm [9]. It searches for the optimal solution through simulating biological selection, crossover, replication and gene mutation, not relay on specific issues. First abstract a population with potential solution set from the problem domain. Encode the population into a fixed number of individual set with characteristic chromosomes by gene coding [10]. Then select, cross, replicate and mutate these chromosomes to evolve a new solution population until the optimal solution is founded.

Set chromosome number to$N$. Arrange weights and thresholds of BP neural network $Wij$、$Vij$、$\theta j$、$\gamma t$into a long string according to a certain order. Encoding in this way is much better than basic binary code, and this is an improvement of the simple genetic algorithm (SGA). This is because the weight learning is a complex parameter optimization problem. General binary code makes element string overlong [11]. The result needs to be decoded into real number after the training. This greatly affects the efficiency and accuracy of network training.

Due to the encoding change of weights and thresholds, the corresponding genetic operators (crossover and mutation) should do adaptive adjustment too. Choosing crossover probability and mutation probability reasonably and accurately is an important factor to affect the efficiency of the simple genetic algorithm, but there is still no theoretical basis for reasonable probability choice. It only provides a recommended selecting range, among them, $pc\in (0.40,0.99)$,$pm\in (0.0001,0.1)$. This paper proposes the methods of adaptive crossover probability and adaptive mutation probability to operate the coding string. The improved formulas are as follows:

BP (Back-Propagation) neural network is currently one of the most popular and successful neural network models. As shown in figure 3-1, BP neural network includes input layer, hidden layer and output layer. There is no connection and no feedback between the neurons in the same layer. Neurons only connect with the one in adjacent layers, which form a feedforward neural network [12]. 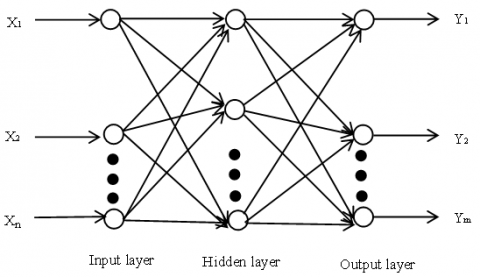 BP neural network self-learning process consists of two parts, data parameters forward transmission and errors back propagation. Its core is self-learning of network weights and thresholds. Suppose the input layer of BP neural network has $n$ nodes, the hidden layer has $p$ nodes, and the output layer has $m$ nodes. Set up a training sample $T$, which input signal is $x={{(x1,x2,....,xi,...,xn)}^{T}}$, expected output is .., weight and threshold of input layer to hidden layer are respectively $wij$, $\theta j$, and weight and threshold of hidden layer to output layer are respectively $wjk$, $\theta k$.

In the process of signal forward propagation, the outputs of node in each layer are:

The output function is sigmoid function:

In the process of signal forward propagation, the network error function is:

According to the gradient descent method, suppose the variable of hidden layer to output layer is $\Delta Wjk$, that is:

Recalculate signal and error of hidden layer and output layer according to the corrected weights and thresholds. Repeat this process. The training will not finish until the outputs are desirable.

The key steps of BP-GA algorithm are as follows:

(1) Initialize population. Set the chromosome number as $N$, set evolution generations as$T$, and set error precision as $\varepsilon 1$. Combine the weights and thresholds of BP neural network $wij$, $\theta j$, $wjk$, $\theta k$ into a long string. According to the order, the four positions on the string correspond to different weights and thresholds.

Real-number encoding is chosen as the coding mode, because traditional binary code makes element string overlong, and the evolutionary results need to be decoded into real number after the training, which greatly affects the efficiency and precision of network training. Encoding length is:

(3) Selection operator. Roulette selection is chosen as section operator. The larger the adaptive value of the chromosome, the greater the probability of being chosen to the next generation.

(4) crossover operator and mutation operator. Confirm crossover probability $pc$and mutation probability $pm$. Chromosomes are matched by random number 0-1 to carry on chromosome crossover and evolution. The evolutionary generation increases one after finishing a round of genetic operation.

(5) If the evolutionary generation $t<T$, turn to step 2, otherwise decode chromosomes to get suboptimal weights and thresholds of BP neural network.

When the network error is less than the preset precision $\varepsilon 2$ after training, the predicted output value is the expectancy output value. The process of GA-BP algorithm is shown as figure 3-2. 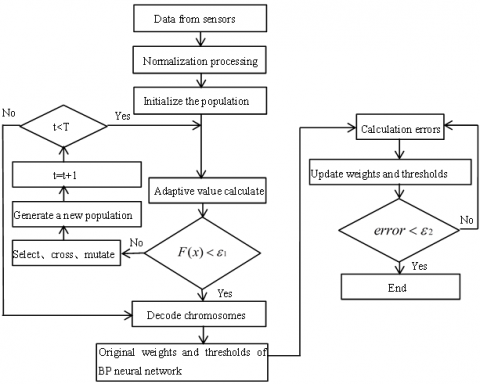 Figure 3-2. The process of GA-BP algorithm

In order to check the effectiveness of the GA-BP algorithm, this paper uses R2014a Matlab to write the algorithm program to simulate and verify the algorithm. Place 3 sensor nodes at the right positions of a 5m * 5m room, and then let 1 to 7 persons in randomly to test it. 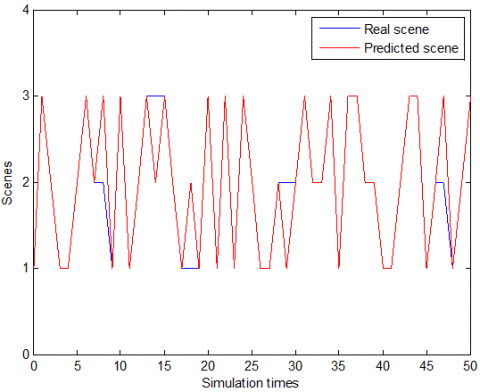 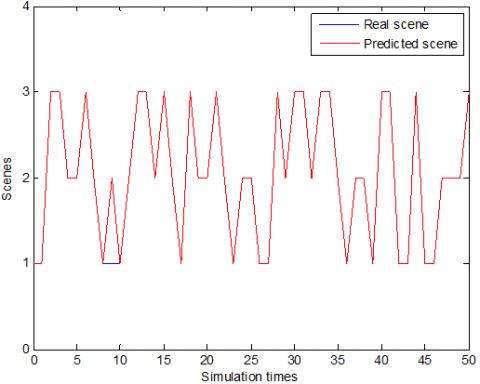 Table 1. Part of the test samples

This paper analyzes the problems existing in data fusion algorithm for smart home, and offers the structure of the  effective algorithm for smart home. Aiming at the problem of time consuming and general applicability of data fusion in smart home, this paper proposes using genetic algorithm to optimize the BP neural network and using real number encoding to improve the simple genetic algorithm. Finally, intelligent lighting system is used as an example to verify the effectiveness of BP-GA algorithm. The experimental result shows that, GA-BP algorithm can reduce time consuming and improve the fusion precision in smart home.

This research was supported by the National Natural Science Foundation Youth Fund of China (No. 51005114); The Fundamental Research Funds for the Central Universities, China (No. NS2014050); The Research Fund for the Doctoral Program of Higher Education，China(No. 20112302130003); Jiangsu Planned Projects for Postdoctoral Research Funds (No. 1301162C).