Recovery of Manganese from Ferromanganese Slag by Leaching with Sulphuric Acid

Recovery of Manganese from Ferromanganese Slag by Leaching with Sulphuric Acid

Investigations on extraction of manganese from ferromanganese slag, a waste product from a local ferroalloy industry, were carried out using sawdust as a reducing agent. Leaching of manganese was done with sulphuric acid. The effects of particle size, stirring speed, contact time, acid concentration, temperature and dosage of reductant were studied. Based on the experimental results, the recovery of manganese increased with decreasing particle size. Optimum values of acid concentration, stirrer speed and contact time were obtained for realizing maximum recovery of manganese. With the addition of reductant, there is a significant increase in the yield of manganese.

Manganese is an essential constituent, used in the production of steel, fertilizers, batteries, fine chemicals etc. Although primary source is sedimentary layers [1], secondary sources such as waste batteries and electrodes, steel scraps, spent catalyst, slags etc., are also equally important for recovery of manganese. In case of low grade ores, an initial pyrometallurgical processing with a succeeding hydrometallurgical processing yielded better recovery [2]. Smelting, reduction-roasting, sulphatizing and chloridizing are the most effective pyrometallurgical processes. In addition, solvent extraction, electrolysis and electrowinning methods are also employed in the purification, separation and final recovery of the manganese from its sources. Many such processes are energy intense and in the present challenging days, energy efficient processes need to be developed [3].

The growing demand for manganese due to soaring global steel production in recent years causes rapid depletion of its natural resources. Hilson [4] has explained in detail the problems due to the storage and disposal of manganese wastes into the environment after their processing. In the current scenario, many researchers are concentrating on acid leaching process after reduction-roasting for better results. The present study is envisaged to recover the manganese from the ferromanganese slag collected from a local ferroalloy company through different fractions of the slag. Variables considered in the present study are presented and tabulated in the Table 1.

The ferromanganese slag, procured from a local ferroalloy company was first broken into small pieces using a disintegrator then fed to a roll crusher followed by a ball mill for fine grinding. Product from ball mill was subjected to sieve analysis to separate the product into different size fractions. A representative sample was obtained by coning and quartering method. This sample was separated into six fractions through sieve analysis using six BSS mesh sieves viz., 120, 150, 170, 200, 240, and 300.

Preliminary experiments on trial basis to assess the manganese content were conducted with different particle sizes (fractions) of slag obtained by sieve analysis. Effect of various parameters such as size of the particle, speed of the impeller, time, acid concentration, temperature and reductant (sawdust) on the extraction of manganese from the slag have been discussed in the following subsections.

Figure 1 gives the data on recovery of manganese plotted against different mesh numbers. It is observed from the plot of this figure that the recovery increased with mesh size. It is known that the particle size decreases with increase in mesh size. Therefore, the total surface area of the given mass of particles increases with mesh number. Hence recovery of manganese increased with increasing mesh number. 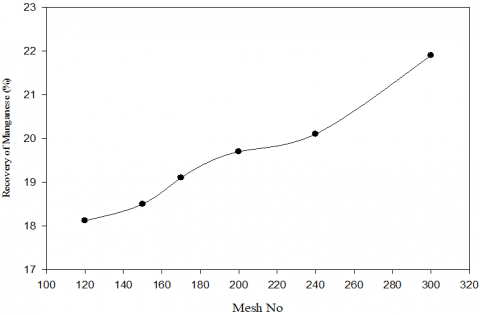 Figure 1. Effect of particlle size (Mesh no) on leaching of manganes 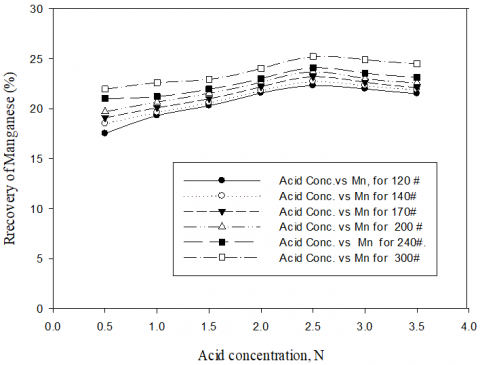 Figure 2. Effect of acid concentration on recovery of manganese 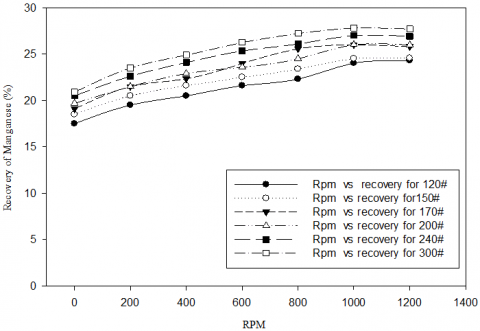 Figure 3. Effect of RPM on leaching of manganese

Figure 3 shows that the data on recovery of manganese were plotted against RPM for different particle sizes. It was observed from the plots of this figure that the recovery of manganese increased with an increase in the agitation rate. With the increase of agitation rate from 0 to 1000 rpm, the leaching of manganese augmented from 18% to 28%. This is due to the result of enhancement of external mass transfer between the solid particles and liquid. Moreover, when the agitation rate exceeds 1000 rpm, the leaching of manganese became almost constant. Hence, 1000 rpm is the optimum value. Similar observations were also reported byYoucai et al. [6]. 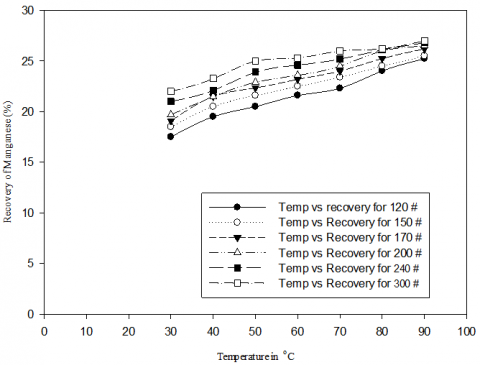 Figure 4. Effect of temperature on recovery of manganese

The plots of Figure 5 show the data on percent recovery of manganese drawn against contact time. Acid concentration taken was 2.5N and all the six particle sizes were used at room temperature. It was noticed that there was no reckonable improvement in the recovery of manganese after 30 min. Fine particle fractions possess higher values of recovery due to the more surface area available for participation in the reaction that tend to dissolve maximum amount of manganese. 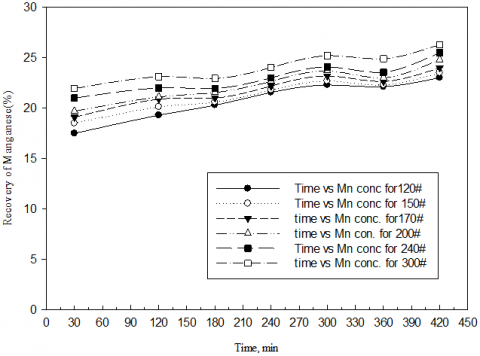 Figure 5. Effect of contact time on leaching of manganese 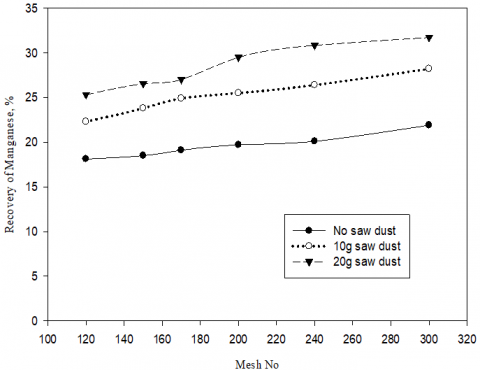 Figure 6. Effect of reductant (sawdust) on leaching of manganese

Experimental investigations were carried out on the manganese slag which is a waste material of local ferroalloy industry to recovery manganese through acid leaching. Based on a total of 150 runs of experiments, the following conclusions were drawn from the present study: