Magnesium diboride (MgB2) is a highly potential superconducting material, in substitution of Nb3Sn, which has a critical temperature of ~ 39 K. This synthesis and manufacturing of MgB2 wire were conducted by in-situ powder in tube (PIT). The method doped with silicon carbide (SiC) was aimed to study the effect of phase formation on carbon substitution and morphological characteristics with the motivation to improve superconductivity properties. Magnesium, boron, and SiC powders were synthesized and functionally processed with stainless Steel 304 tube. Heat treatment was conducted at 750℃, 800℃, and 850℃ for 2 hours followed by furnace cooling. Characterization was carried out by x-ray diffractometer (XRD), scanning electron microscopy (SEM), and cryogenic magnet testing. The results showed that 1% SiC optimally increased the zero critical temperature of MgB2 ~ 37.18 K along with the sintering at 750℃ for 2 hours.

Superconductor has a great potential to replace the current conducting wire with the advantage of efficient electrical conductivity, with the support of many studies on the synthesis and characterization of magnesium diboride initiated by Nagamatsu et al. with the achievement of zero resistivity at a critical temperature of 39 K [1-3] Many researchers have carried out sustainable research by modifying out carbide-based dopants to manufacture downstream superconducting wire products for industrial applications [2, 3].

Based on previous studies of MgB2 superconducting material, the addition of silicon carbide without heat treatment has been done to see superconductivity characteristics and the FWHM values to higher values, suggesting that the crystallization in the samples has been reduced [4-6]. Another attempt by Herbirowo et al. [4] has shown that the addition of nano-sized silicon carbide (SiC) into superconducting MgB2 powder through ex-situ powder-in-tube process lowers the critical temperature along with the decrease in MgB2 phase fraction. SiC has manifested in the forms of aggregates of pores and polycrystalline structures [4].

According to Erhan Aksu et al., the variation of sintered temperature has dramatically affected the formation of a single-phase MgB2 achieved in the temperature range of 750-900℃ through solid-state reactions of the elements Mg and B to produce the most optimum superconducting properties [7].

The objective of this research is to produce superconducting wire material through the in-situ powder-in-tube process, which refers to the success of research by Varghese et al. in increasing the full width at half maximum (FWHM) of MgB2 and the current density [8]. In contrast, this research has the novelty of silicon carbide (SiC) doping with aim to study the effect of phase formation on carbon substitution and morphological characteristics with the motivation to improve superconductivity properties and the low-cost Fe-sheathed SS304 tubes.

The synthesis of MgB2 superconducting wire was carried out through a solid-state reaction of powder-in-tube (PIT) process using raw materials of magnesium (98.5%) and crystalline boron (99%). The first process was to weigh magnesium and boron powder with a digital scale according to the stoichiometric calculation of Mg: B = 1: 2 and 1% SiC dopant. The powder was then mixed and crushed manually using agate mortar for 1 hour until fine evenly, then put into a stainless-steel pipe type SS304. The cross-section of SS304 was reduced using a rolling machine from 6 mm to 4 mm in diameter and cut into three parts followed by sintering treatment at 750℃, 800℃, and 850℃ for 2 hour and furnace cooling [9].

Characterization using the XRD (x-ray diffraction) test instrument was used to determine with SiC doping of 1%, using a Cu source with λ = 1.5406 and a measurement area of 2θ:10°-100°. SEM-EDS (scanning electron microscopy – energy dispersive spectroscopy) was used to analyze the MgB2 phase transformation's surface morphology, with secondary electrons under vacuum conditions and nitrogen gas flowing with a maximum pressure of 0.5 bar. Characterization of superconductivity of MgB2 with or without 1% SiC doping was investigated using the cryogenic magnetic instruments "Teslaron pt". This instrument used a pulse tube cryocooler to create a low temperature environment and has a 4-point-probe method to measure the samples' resistivity and 4 points probe in the sample holder. Helium gas was compressed so that the temperature can be reduced to 1.5 K. The success of producing superconducting wire is indicated by the presence of critical temperature data at very low temperatures and the formation of the MgB2 phase during the XRD test, of which they are projectable for Magnetic Resonance Imaging applications.

The SS304 material's formability allowed it to be rolled for advanced superconducting wires, as shown in Figure 1. 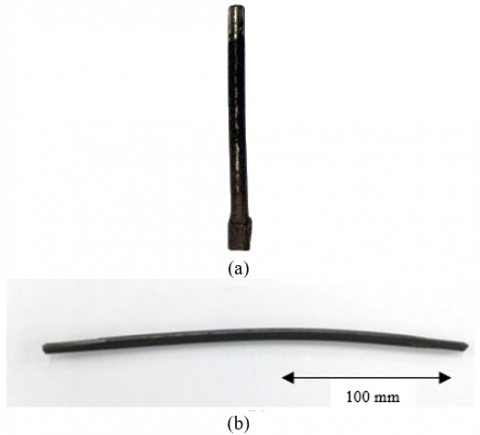 Figure 1. Sample product a) before rolling b) after rolling

Pre-rolled tube (Figure 1.a) has a diameter of 6 mm with both inner ends tightly closed by a compressive method to prevent air entering and Mg-B spilling out when heated. The final product of 4 mm diameter MgB2 wire (Figure 1.b) was then prepared for XRD, SEM, and cryogenic tests.

XRD data were analyzed using Match Software based on a database from the international center for diffraction data (ICDD) PDF-4 was intended to aid automated quantitative analyses by providing key reference data. It also included several resources to complement traditional analyses, such as a complete range of data simulation programs be used to analyze neutron, electron, and synchrotron data in addition to X-ray data. The XRD results for the undoped sample are shown in Figure 2, the doped sample at 750℃ in Figure 3, and the doped sample at 850℃ in Figure 4.

Figure 2 shows that the Mg element has seven peaks while MgB2 compound has one peak with a hexagonal crystal structure (Table 1). This does not mean Mg content is higher than that of MgB2 compounds; instead XRD scanning results see Mg elements to be more dominant based on the highest peaks. 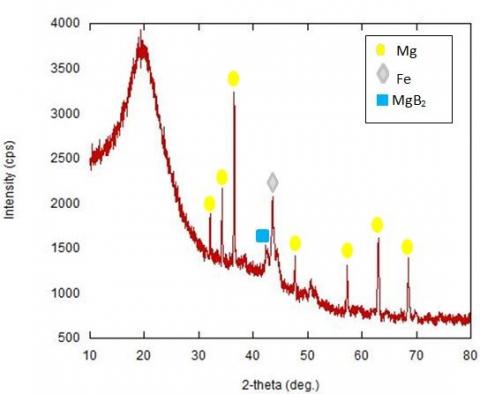 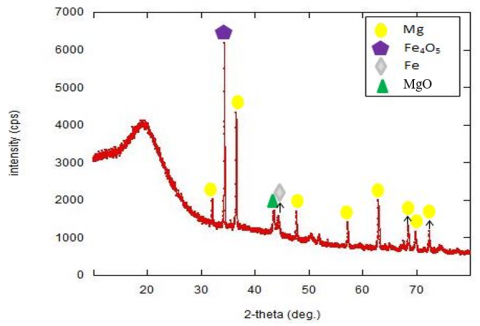 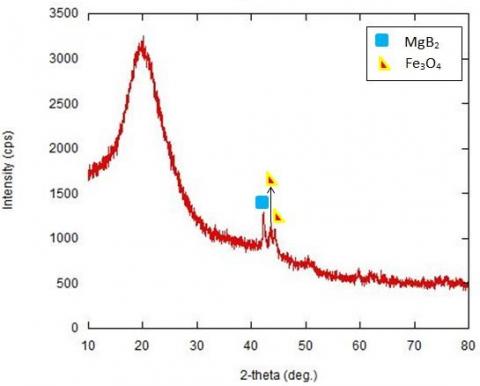 In Figure 3, Mg element has eight peaks with the presence of MgO compound in the form of cubic crystal (Table 2) due to the oxidation of the Mg with O from SS304 tube and bulk specimen, similar to previous research from Shi et al. [10]. No MgB2 was observed.

In Figure 4, the MgB2 compound was formed along with the impurity of cubic Fe3O4 (Table 3). This can be confirmed by the morphological results, which reacted directly with SS304-sheathed.

Evolution of microstructure of pure MgB2 wire synthesized with temperature variations of 750℃ and 850℃. 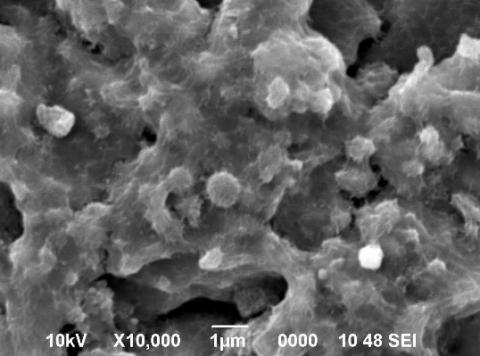 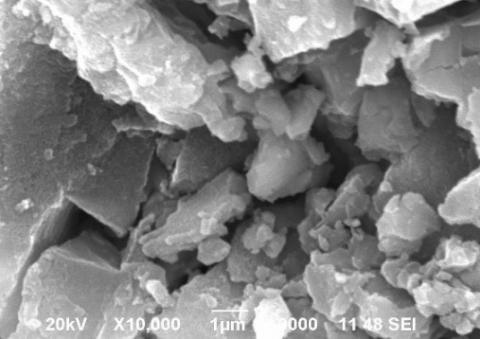 Figure 5 shows the results of SEM observations of pure MgB2 wire sintered at 750°C and 850°C. At Figure 5a, the MgB2 phase appeared to be homogeneous. Mg and B powders were sintered, and diffusion appeared to be imperfect with the presence of a slight porosity. In Figure 5b; 6a; 6b, the amount of porosity began to decrease, and micro aggregates coalesced, and the Mg phase was oxidized into MgO observed through the SEM mapping. The morphological image in Figure 5b shows a small grain, very compact, and a smooth interface with a metal sheath [11]. Microstructure evolution of 1% SiC-doped MgB2 wire synthesized with the temperature variations of 750°C, 800°C, and 850°C shows at Figure 6. 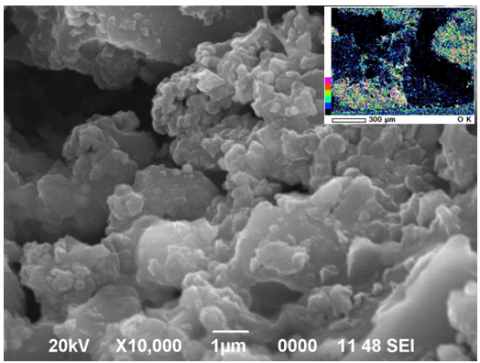 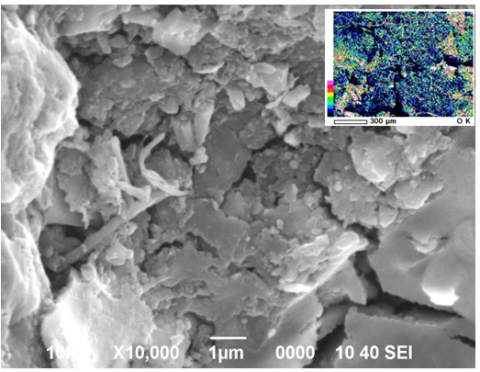 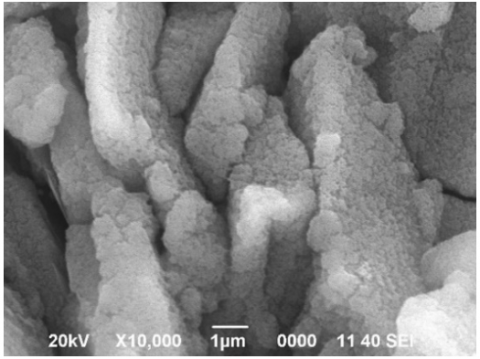 Figure 6a shows porosity between the aggregates, which themselves look like a stack of layers. Less porosity and uniformly prolonged grain boundaries are seen in Figure 6b. However, in Figure 6c the surface of clusters looks enlarged, and the number of cavities is reduced.

In Figure 8, for 1% SiC-doped MgB2 sintered at 750°C, resistivity decreases to 0, with Tconset of 42.10 K and Tc0 of 37.18 K. Apparently, 1% SiC addition increases Tc0 for sintering at 750°C. This may be induced by the presence of oxides MgO and Fe4O5 (see Figure 3 and Table 2), leading to higher oxide layers and crystallinity, thus promoting higher Tc0.

In Figure 9 for 1% SiC-doped MgB2 sintered at 800°C no superconducting properties are observed with a Tconset of 43.16 K and no Tc0. This may be correlated to the transition process of annihilation of MgO layers with higher sintering temperatures. 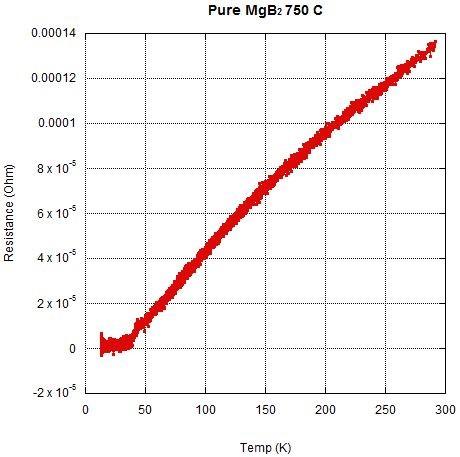 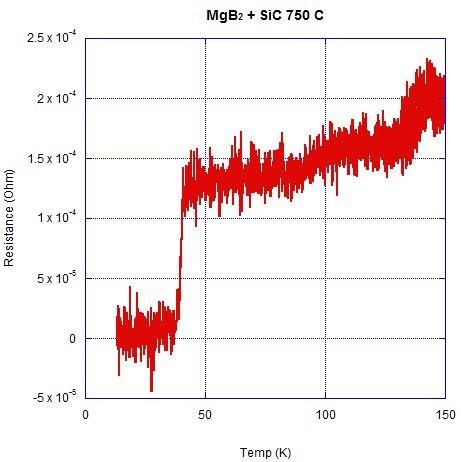 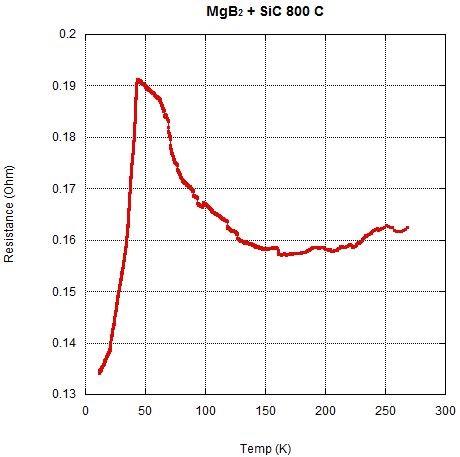 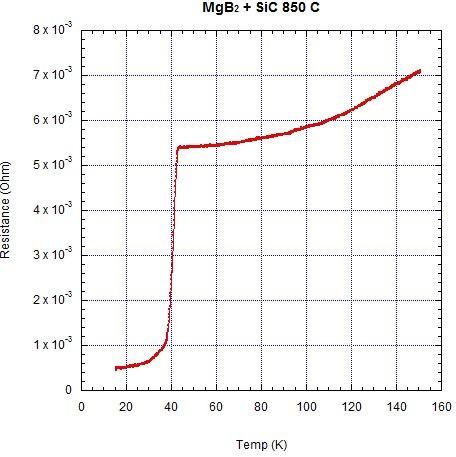 Table 4. Critical Temperature in Each Sample

This MgB2 fabrication is a developmental stage from previous research predominated in bulk material form. In this research the innovation was made by using stainless steel casing or sheath (low cost and good corrosion resistance) yet still exhibiting superconductivity properties. 1% SiC optimally increased the critical temperature of MgB2 along with the sintering at 750°C for one hour. This phenomenon was induced by the formation of dominant oxides of MgO along with Fe4O5 in MgB2 matrix leading to higher crystallinity. Addition of 1% SiC with higher sintering temperature reduced or annihilated oxide layers along with grain growth resulting in lower Tc0.

The authors would like to thank to Research Center for Metallurgy and Materials - Indonesian Institute of Sciences (LIPI) for laboratory facilities and Mechanical Engineering Department Faculty of Engineering Universitas Sultan Ageng Tirtayasa for research collaboration.